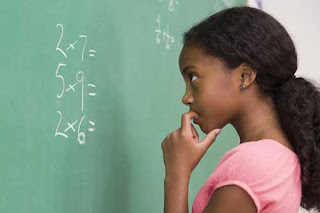 In most cases, mathematical anxiety manifests in women. It is often believed that younger female scholars are more interested in social relations during their teenage years and hence they develop anxiety towards sciences and mathematics. It is also thought that in comparison to men, women have a higher likelihood of developing mathematical anxiety. This is because of societal pressures and women’s perceptions of mathematics. Mathematics teachers’ behaviors also impact students’ attitudes towards mathematics. As such, a female teacher who is anxious may also cause the female students to develop mathematical anxiety by viewing it as a gender stereotype.

Research has shown that females represent the largest number of teachers in early elementary school in most countries. In the United States, female teachers constitute approximately 90% of this population of teachers (Bielock, Gunderson, Ramirez, & Susan, 2010). According to Kelleher et al. (2011), at the primary level of education, Latin America and the Caribbean indicate a large number of female teachers which is at 78% by 2007. Similarly, these large percentages of female teachers were demonstrated in Central and Eastern Europe at 80%, Central Asia at 86%, East Asia and the Pacific at 60%, and North America and Western Europe at 81%. However, females are poorly represented in the teaching profession in Sub-Saharan Africa and South and West Asia with their proportion being 43% and 35% respectively (Kelleher et al., 2011). This statistics is typical of female under-representation in all sectors, particularly in Sub-Saharan Africa in general and Nigeria in particular.

Boys are perceived to be better performers in mathematics, creating anxiety among girls.  This belief, therefore, affects girls’ mathematical expectations and performance. Additionally, girls have a higher likelihood of identifying their teachers’ negative behaviors and fears regarding mathematics as compared to boys. This hence impacts their future inclination to mathematics negatively (Bielock et al., 2010). This problem can best be addressed by developing teaching programs that enhance the students’ positive attitudes towards mathematics and assisting mathematics teachers to have a better grasp of the subject (Bielock et al., 2010). 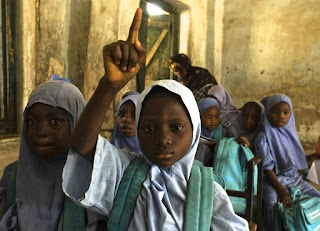 Researchers have asserted that mathematical anxiety among women is not as a result of genetics, but rather due to social effects. Women often exhibit lower performance as compared to their male counterparts due to their understanding of the stereotype surrounding their mathematical abilities. The researchers posit that the gender stereotype threat in mathematics arises from the gender references that are made during examinations. This hence affects the performance of the students. These effects were particularly demonstrated in a research by Walsh, Hickey, and Duffy (1994) who performed two experiments to examine the impact of gender references in mathematics performance. The first experiment included male-labeled, female-labeled and neutral questions, each of which were 33% of the exam. The findings of the experiment indicated that these slight gender references in questions have a significant impact on test performance. The performance seemed to have a positive impact on men and a significantly negative impact on girls (Walsh et al., 1994).

From the review on the impact of gender stereotype threat and mathematical anxiety among girls, several issues have emerged. First, most of the fears that female students and teachers develop regarding mathematics are basically as a result of societal effects and culture, rather than biological reasons. Secondly, the stereotype threat has a significant impact on both boys and girls. For boys, gender stereotyping has a positive impact on their performance while in girls the impact is negative. 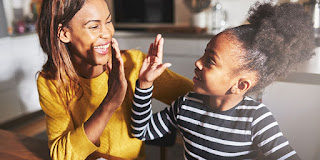 Parents have a pivotal role to play in the performance of their children. According to Mahuro and Hungi (2016) parents’ participation in their children’s education plays a vital role in motivating them academically. This implies that the education system can be optimized and improvement in students’ performance realized through active parental participation is very important. This means that student-teacher relationships are not enough. Parents can participate through checking the progress records of their children, making random visits to schools and creating a better environment at home for their children to study. This will help to improve their learning outcomes (Mahuro & Hungi, 2016). This means that parents can help to motivate their daughters to perform better in mathematics by creating a good environment that supports their efforts.

Moon and Hofferth (2016) asserted that the educational skills developed by children significantly depend on the availability of educational materials that are provided by parents. Parents therefore need to not only provide the materials to their children, but also teach them how to use them. Parents’ involvement in learning activities also affected performance in the subject. As such, the quality of parent-children relationships is vital in improving the children’s test scores in mathematics (Moon & Hofferth 2016). Performance of girls and dispelling of discrimination can, therefore, be realized if the parents help their girls develop mathematical skills at a tender age. This can be realized by providing the relevant materials which would make mathematics more interesting for the children.